A Calendar From the Past to the Future


A calendar that doesn't have a year is valid every few years. Something smaller than a credit card doesn't take up much space, and when it has a poem and pretty pictures why bother to throw it away. There was plenty room in a box of things that once belonged to my Negley ancestors where I found this little calendar booklet. It could have been my Second Great Grandmother Sarah's, or my Great Grandma Sadie's or maybe Sadie's sister Alice's calendar. It has now passed through three or four generations and come into my hands.

With no year on it anywhere, I Googled calendars to find the years where each month's start date was the same as in this one. It wasn't a leap year, and February started on a Thursday. 1894 was probably the earliest possible date, Alice would have been 17 years old and Sadie 14. 1900, 1906, 1917, 1923 and 1934 are all possible years. I think it looks like it was printed around 1900. Maybe that seemed like a special year. It happens to work for the year I was born. The next year the calendar dates all fall on the right day of the week will be 2029. I think I'll hang onto this little thing at least until then.

When January freezes,
When February thaws,
When March blows up her breezes,
When April buds the haws,
When May sets blossoms blowing,
When June shows leafy ways,
When July suns are glowing,
and August lilies blaze,
When September finds the aster,
for October's golden crown,
When November leaves fall faster,
and December trees are brown 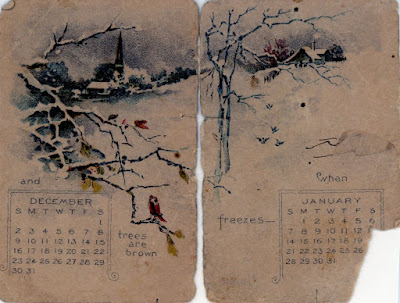 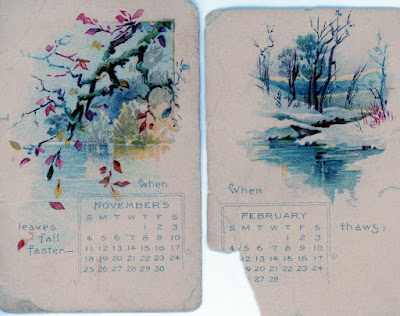 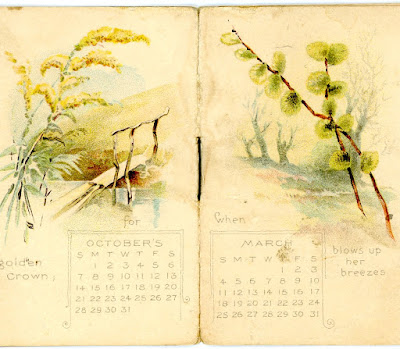 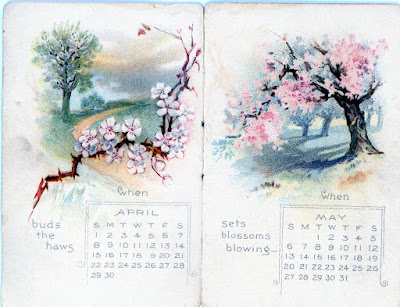 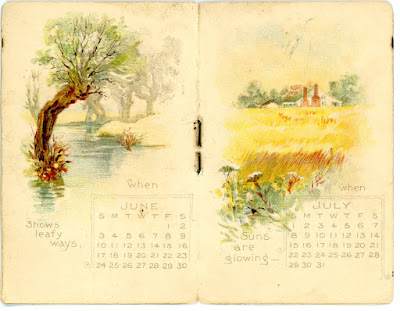 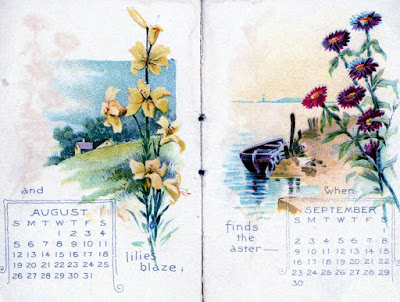