Friday's Faces from the Past - First Names Only


Besides their cute faces, one thing these children's photographs have in common is that there is a first name only written on the back of each one of them. As with several other of my Friday's Faces from the Past posts, I don't know the identity of these children. Another thing these four pictures have in common is that they once belonged to someone in my Negley family of Eldorado, Nebraska. These children are not relatives that I'm aware of, but they must have crossed paths with the Negley's at some point in time. 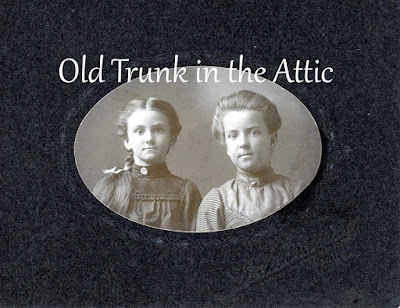 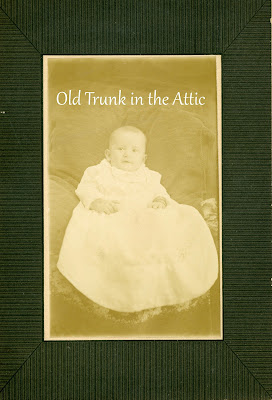 Edna must only be about a year old in this picture. There is no photographer's logo, nothing to help identify her, but she might have been born near Eldorado, Harvard or Stockham, Nebraska. There are too many Edna's in that area in 1900 to try to guess what her last name could be without the date of the photo. 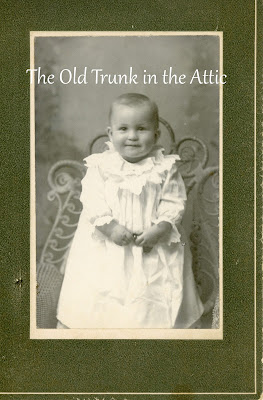 Lester has the sweetest smile! Again, Lester is a common name and there is no young child named Lester in 1900 living in Eldorado. I can't really narrow down a list of possibilities for him. Hopefully, someone will see this and have the same or similar photo that is labeled. 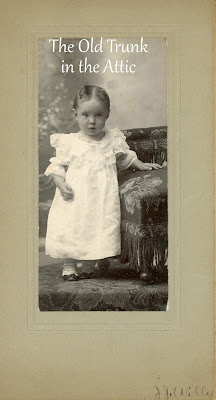 Marie was photographed by J J Willy. I haven't found a J J Willy in the 1900 census, but there is a J A Willy and also a George J Willy (age 63) in Hebron, Nebraska. In 1910 George has moved to Sutton, Nebraska (within 30 miles of Eldorado). Both J A and George J, who it appears were father and son, were music merchants. Maybe photography was something one or both of them did as a side business or hobby.

Marie Stack, daughter of James and Katherine Stack was born in 1896.  Marie Traudt, grandaughter of Adam and Katie Traudt was born in 1898. Both of these families lived in Eldorado in 1900 and either one of them could be the girl with this sweet face.

If you can tell me about any of these cute kids, please leave a comment or send an email.

Posted by Laura Mattingly at 4:30 AM